MC! Industry’s Next: Singer-songwriter Peter Walters on the Challenging Journey of Emerging Artists in Africa

For the debut issue of Moda Culture Industry’s Next, we speak to alternative Singer-songwriter Peter Walters, real name Ekene Peter Obiadi, on his journey as an emerging artist, the challenges and opportunities for artistes in Africa.

Peter Walters is an independent singer-songwriter who plays in the alternative R&B genre. He started his musical journey in 2016 when he released “Make Am”.

He tells us about the inspiration for the song,

“At that time I started music school, my brother, Fiji, who was also an artist suggested I do a song, so one day on my way home I heard two guys talking in Pidgin language. The whole scenario inspired me to make a song about success. I wanted success and that definitely inspired me too”.

We were curious about that conversation and he shared more with us.

“They were actually talking about making hit songs because they were in the same school as myself, so considering how people have treated me in the past, I was more inspired and I wrote the song which is about making in life, to go from being a nobody to somebody great. Those guys were producers at the time. See, I said to myself, my music must be different and I will definitely make it musically”.

In 2018 he followed it up with ‘You’re Beautiful’ which he wrote to celebrate beautiful women and remind them of how beautiful they’re. “It was an interesting journey writing that song lol,” he says. He also mentions ‘Hold Up’, a 2018 mashup he did of songs by Cobhams Asuquo, Timi Dakolo and Korede Bello.

He goes on to tell us about ‘Kèké’, a 2019 song about his friend who fell in love at first sight with a man from across his street while visiting him; she had specifically requested to board a Kèké (tri-cycle) to return and go see the face again. We ask him the source of his musical inspiration, and he says, “Nature, I get inspired from what happens around me, activities that occur every time”

We start to discuss his recent songs, and he says, “I recently released ‘This life is a game’ last year, available on iTunes, Boomplay and Audiomack. Funnily enough eh, I wrote this song during the End Sars protest, I remember I was inside a bus heading to the toll gate, so the noise and the large number of people hawking at the roadside made me realize something – that nothing is easy, to be a man is not a day’s job, one got to hustle for his money, I had to stay long to arrange the song. I featured my Dad to do the motivational talk at the ending which they all loved lol. I later released ‘Old times’ and ‘Make am’ all online.

Our conversations tilt towards his background, to which he responds,

“One thing people don’t know about me is that my whole life, as a child growing up I have always wished to become a Catholic priest, it has been my vision right from day one, but like they say ‘taste changes’”.

“I did my junior secondary at Marist comprehensive Nteje, that’s a Catholic school in Anambra state; it’s a boarding school. I later went to Mercy seminary Bende, in Umuahia to finish my secondary school, still with the vision of becoming a priest, but one thing lead to another and it’s all in the past now. I’m ok. I never stopped praying because I believe that you should worship God no matter where you are.”

On his roots, he says,

“I grew up in Anambra State, Onitsha to be precise, ‘Abum nwa otu’ (I am a core native of Onitsha) lol, a lot of my friends don’t know that I grew up in Onitsha lol. Onitsha is a very busy city. But, I can tell you I did not experience it that long because all my school days had been in boarding school.”

On when he found love in music,

“My love for music has always been from my nursery school, I remember in my nursery three till my secondary school days, I was always the lead when it comes to our welcome song. But that is that. I started developing my love for music the period I enrolled in a music school because people I know always tell me to explore music because they say ‘it will favour you.

My juniors and seniors suggested I give music a try as well. I remember performing in church, so it happened that my parents were in church as well, so I was singing and my dad had asked my mum ‘Who has this beautiful voice?’, she told him it’s his son lol. The next day my dad told me that he was going to enrol me in a music school, it was the same school I had searched for before then but didn’t tell my dad, but because of him I eventually enrolled.”

We asked him how music makes him feel and he responded,

‘Like some people will say, “Music makes you lose control” lol, to me music is everything, music is life, there’s never a day I won’t play music, doing house chores I play music, it’s now part of my everyday activities.

On his musical influences, he says,

‘I grew up loving Micheal Jackson, Bonny M, Fela Kuti, Westlife, Celine Dion and Mariah Carey, to join them,  I love Khalid, Billie and so many others.

At this point, we start to explore deeper conversations around the experiences of young and emerging artistes in Africa. He shares what he considers to be his biggest challenges as an emerging artiste.

‘Being an artist in Nigeria is quite difficult because people tend to treat you anyhow, they belittle your potential. The most difficult issue is dealing with the producers, they charge much like you’re always getting booked to perform. It’s not easy as a singer in my country.’

On how artists can accelerate their careers,

‘There’re so many other careers to add to your career as an artist, that’s why I call myself multi-talented because I go where the money comes, once you do other jobs that won’t deprive you as an artist, you’re good to go.’

On ways other industry players can help pave the way for artists,

On his other interests, he says,

‘Yeah, I wished to be a successful fashion designer which I have started gradually, maybe in the long run I will become the President of Nigeria one day lol, because I love politics as well, but one never can tell where our fate may lead us.’

Walter is motivated everyday by God and his family and the one mantra he swears by,

‘I believe in myself. Due to faith, God has answered my prayers.’ 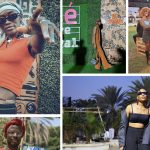 On Alté Culture Festival: Did Guests Really Understand the Assignment? 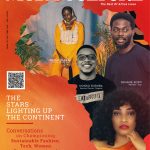 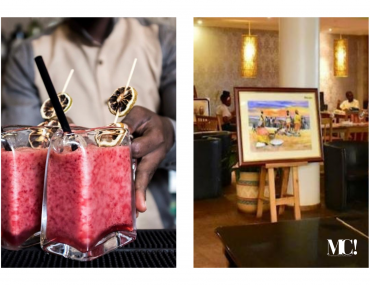 Taste of Africa: 3 African Restaurants You Should Totally Try Out 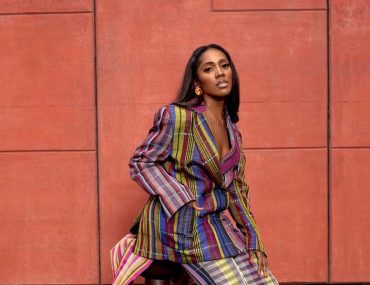 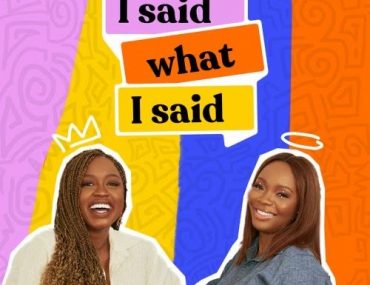 5 African Podcasts that Will Get You Addicted in No Time