The Rolls-Royce Hood Ornament is no mere hood ornament. The Auto maker spent an abundance of time and energy to come up with a solution for two problems that faced the company’s graceful mascot, The Spirit of Ecstasy as Pedestrian safety standards and thieves colluded to threaten the icon.

The ornament was initially optional, but since it ended up being put on almost any Rolls-Royce that rolled out of the factory, it was then made a standard feature in the 1920s. Today, the Spirit of Ecstasy has been made available in a few variations, from stainless steel to gold-plated. The ornament can also be retracted into the hood when moved suddenly, keeping it safe from theft and for safety purposes.

The makers of Rolls-Royce made the Spirit of Ecstasy almost impossible to steal, with several anti-theft systems ready to deploy upon impact. This makes the Silver Lady highly desired by enthusiasts and thieves alike. It’s also the most expensive hood ornament on Earth, being valued at hundreds of thousands of dollars, despite it not being for sale.

Thanks to Mark Powell, Sales Director for Rolls-Royce Tampa Bay, US, we now know exactly what happens when a Rolls-Royce’s hood ornament, known as the Spirit of Ecstasy, is tampered with.

When touched or grabbed, the ornament disappears into the hood, thanks to an $3157 over-engineered mechanism that causes it to retract, making it impossible to steal.

The same happens every time the car is turned off, safely stowing the Flying Lady. 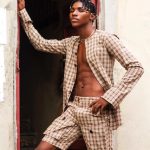