The Stars Lighting Up Africa: Sénamé Koffi on Self-funding His Social & Tech Innovations, Discovering the Brazilian Jiu-jitsu, His Skincare Secret

In the worldscape, Africa is the new hope for sustainability, advancement, and the ground for a thriving new think-tank. With a huge number of young Africans excelling in never-experienced fields, it’s no wonder we are rooting for our own and spotlighting them.

Lóme-born Togolese, Sénamé Koffi Agbodjinou, is creating smart communities and self-funding tech labs for indigent youth. He has a passion for making things work on even the highest levels.

Born in 1980, Sénamé thrives as an independent researcher, architect and anthropologist, after studying Architecture and Anthropology at the university in Paris. In Togo, he founded WoeLab – a tech company that focuses on grassroots development in Togo.

Well, I won’t call myself a tech expert but I will say as an architect, my mind of design led me to establish a smart Hub. The vision was to create for every 1km in the city, a smart neighbourhood to enable people to have access to every technological portal. That was how WoeLab was created.

Through WoeLab, a lot of other platforms for tech development in Africa have been built. There has been the Hubcité- a vernacular smart city project, WoeLab grassroots incubator, and W. After ( which is Africa’s first 3D printer built from computer waste). There is also a digital fabrication platform that trains youths in different technological areas, absolutely free of any payment or tuition charge.

The young innovator also nurses political ambition as he lets us know that he hopes to lead his country’s political terrain as president in 2025. Across the world, every eye is on him to deliver addresses and share his ideas which, if you ask us, can only be likened to something out of a futuristic movie or book.

For Moda Culture’s April – June 2022 ‘Best of Africa’ issue, Jennifer Nwosu chats with Sénamé about his innovations, and the impact of his work in his city, across Africa and beyond; exploring his lifestyle, music and book preferences, and grooming routine.

We picked his brain on why he focuses on the constant pitch for Africa despite the fact that his fusion of African traditional means and western technology is hailed worldwide.

“Technology is not limited to the western world. We have better potential in Africa in terms of resources.

We observe new technology, how it functions, and using our unity “Ubuntu”, the fusion of what we have creates great African technology. The idea is to use our Africaness to promote our esthetic, ethical ways to prove we are also modern. The Occidental misery of being stuck in Western ideas is removed. Although it is difficult, using the wisdom of Africa, we will succeed.”

Sénamé’s Woelab and Hubcité projects were largely self-funded and while we imagine it wasn’t an easy journey, we also wonder how he has succeeded in sustaining them so much that they also contribute to youth development in Togo.

He says that achieving this status wasn’t easy and tells us the different ways he raises funds to self-fund and sustain them.

Also in this interview, he discusses scaling the hubs to attract investors. We take a deep dive into his lifestyle, books and music preferences, and grooming routine where he tells us about his discovery of the Brazilian jiu-jitsu, his musical preferences especially his love for Santrino Raphael, his skincare secret, his new book ‘Decolonizing The Future’, and life mantras.

Tap Here to Purchase a Copy. 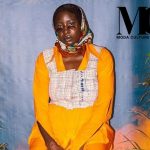 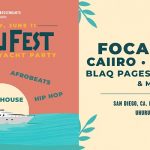