It’s been a raging controversy over the ages on all matters relating to sex and sexuality. The very mention of the word “Sex”, rouses curiosity, excitement or even apprehension.

Most folks would not even want to be included in a conversation that borders on sex. On the matter of sexuality, it’s almost a don’t ask and don’t tell issue. Broadly, sex is the physical union of partners in a relationship or not!; to convey their desire to each other. There are a quite a number of reasons for having sex. It could be as a means to an end, it could purely based on physical attraction, it could be to alleviate insecurity or establish an emotional connection.

Sexuality is the way people experience and express themselves sexually. It could be biological, erotically, emotionally, socially, or even spiritually. One’s sexuality through orientation, is their pattern of sexual interest in the same or opposite sex. Sexuality is often affected by their cultural, political, philosophical, legal, moral, ethical and religious aspect of life.Now, away from the big explanations and putting it simply, what are the things we have been viewing as “right” or “proper” in sex orour own personal sexuality? A lot of myths have been created and we simply take them as right or factual.

A few myths I can readily reel out are:

(i) Myth: Sex should not be talked about openly.

Fact: There is no law or moral code that says it is a forbidden topic. In fact, before the middle ages, sexual discussions were largely ignored or not tolerated. The hostility behind Sex and sexuality, emerged from religious quarters from about the 12th century. When church and state were fused, sex was made to look like the devil’s tool to cause man’s downfall( Phew!)

(ii) Myth: Sex should only be initiated by a man.

Fact: Laughable isn’t it? Considering that there are many women today who take charge of high economic, politicaland even familial roles. Also, sexuality as we know transcends man/woman relationships.

Fact: Don’t be fooled. A man’s desire to express himself in a physical way, does not mean he’s gay. Dressing or mannerisms have little or nothing to do with one’s sexuality.

(iv) Myth: AIDS is a disease that is transmitted by sexually active gay men.

(v) Myth: One whose sexuality is homosexual has an underlying pathological problem.

Fact : Studies have shown and proven that being homosexual (in men and women) is not something one can be treated for, prayed for or counselled over. It’s an obvious attraction to who you want or want to be with.

(vi) Myth: Wanting to have sex often makes you loose.

Fact: Nope! In fact, having sex regularly keeps you mentally and physically alert. It’s a repressive culture and mentality, passed down that inhibits people. If you want it, please go ahead and do so but practice safe sex.

(vii) Myth: As you advance in years, your libido decreases.

Fact: Age is nothing but a number. Sex actually gets better with age unless there are physical dysfunctions in the person that include hormonal imbalance, diabetes, heart diseases etc.

(viii) Myth: Teaching children/teenagers about sex education makes them curious enough to try it out.

Fact: Sex education is key to helping young people understand about their sexuality and how to stay safe when it’s time to delve into it. The earlier, the introduction to this topic for young people, the more it makes them understand the consequences of the act.

Fact: Need I state that it’s pure bliss Lol) that should be enjoyed at the moment?

(x) Myth: For everyone you have sex with, you’re getting new demons in you.

Fact: Every physical sexual occurrence takes place in the mind first before enactment.
There are so many myths and even made up stories that circulate among us. Listening is an art; however it’s sheer foolishness to run along with these tales. Sex is beautiful. It’s not a topic or act to cringe at. Your sexuality is unique to you.
Explore, discover and know yourself, and what suits you. Like the music from Salt N Pepper, “Let’s talk about sex”, we do need to talk more about sex and be open minded about it. So, go ahead and explore.

This article, “Mastering Sex and Sexuality; Talking Myth Vs Facts”, was written by Jennifer Nwosu for MC! Magazine and published in our Jan. – Mar. 2021 issue. 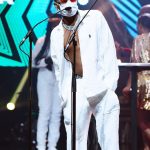 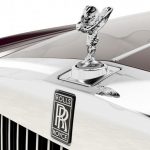 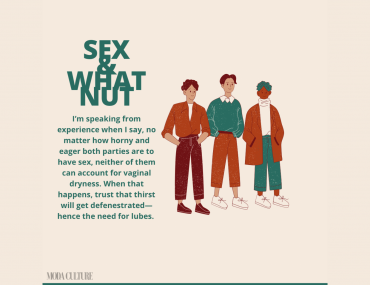 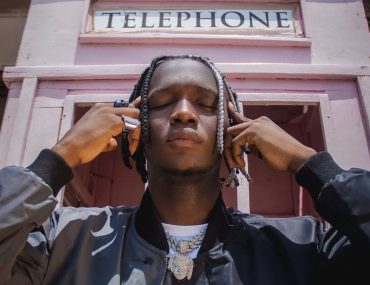