BBNaija Season 7: Highlights as the Show Wraps Up & Phyna Wins

As Nigeria, and Africa, celebrates Phyna, full name Ijeoma Josephina, on winning the 7th edition of #BBNaija reality TV show last night, we have put together the top moments from this year’s show.

With the Big Brother Naija level up season 7 reality show being over, emotions are high and there is so much to unpack from this season because it brought all the drama, twists and fun.

Surprisingly, viewers were not sure of the winner till the final moment. Congratulations to Phyna on emerging winner of the 7th edition of Big Brother Naija (40.74% votes).
Bryann emerged the first runner up (26.74%), while Bella emerged the second runner up (15.78%).

The level 1 housemates won the Head of House games for 6 consecutive weeks.

Beauty became the fastest housemate ever to be disqualified from the show.

After the drought, Phyna won the Head of House games and redeemed the Level 2 honour.

Amaka was immediately evicted from the house after quick Monday night nominations.

The constant fights in the house kept things super heated. There were fights between Beauty and Ilebaye, Adekunle and Sheggz, Deji and Groovy, Phyna and Chizzy, etc.

Even after her eviction, Chomzy continued rooting for her girl, Bella, who was still in the house. Talk about sismance.

Bryann and Daniella, and the Level Up girls bonding in the kitchen were some of the aww moments on the show.

The Dozzy Ship: Doyin and Chizzy

This is a ship no one definitely saw coming.

The show’s host Ebuka had a quick chat with Biggie in the diary room on the night of the grand finale. It was his first diary session in 16 years. 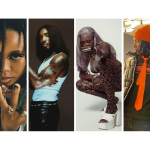 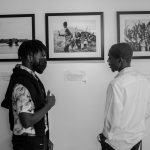 Curators DStoryteller & Tatchero’s Project, ‘The Women’s War’ is Based on a True Story