Some time ago on Twitter, a user tweeted, “What was that incident that made you stop your Talking stage with someone?” (A Talking stage, for the unaware, is the initial phase of any social media contact where there is a chance that it will develop into something more.) A female user then quoted that tweet with a picture of the list titled “My list of fetishes as a Dom” sent to her by someone she was in the talking stage with.

The once-veiled sex culture in Nigeria is now almost bare-faced. The reality of the very liberating 21st century is that intercourse, fetishes, and other bedroom activities that were once considered sacred or mentioned in hushed tones are now branded as badges. There was once a time when it was taboo to disclose that you got a kick from getting handcuffed, gagged, and flogged.

“I was scared to do so because of the reception it might get, especially because of the industry where I work. While I am very much not prudish, I am also all about my bag. I did not want to risk my money being harmed as a result of some light fun.”

Not many people would think that a sexual preference that looks humiliating and painful could help improve your image. That’s because of how it is portrayed in movies and society.

“So many accounts sprout up these days with faceless men who are just focused on trying to have sex with as many women as possible. They make passes at every single woman in our community while having absolutely nothing to offer except a hard penis.”

Ultimately though no matter what one believes about this type of sexual expression—it is important to remember that everyone should always remain open-minded when exploring something new so that they can make informed decisions based on their comfort level.

Benji’s TGIF celebration took him to a club in Victoria Island, Lagos courtesy of his friends. It was the first one he’d been to with a stripper pole, and coming from filling spreadsheets and seemingly endless paperwork, this was what this 29-year-old bachelor needed.

Time passed, and the longer Benji spent in the club the more intrigued he got about the whole pole dancing experience. Being naturally inquisitive, he wondered about stripping welfare; what was payment like, and what does security mean in the community? But most importantly, amidst his concern, Benji was looking for professionalism, sportsmanship, and of course buxom ladies with voluptuous derrieres. Got you right?

Moving on, the music is on full blast. The top songs in the country are getting rinsed, repeated, and scratched by the DJ. There’s a rave happening on the illuminated dance floor, with waists defying physics. And in the middle of the beautiful chaos of bodies was a petite belle in pink dancing wondrously. What’s a girl like you doing in a place like this? He thought to himself. They both could feel the musk of lascivious intent in the air. Paddling lustful glares at one another like tennis players did ping-pong balls.

He found his way to her and spent the better part of that night dancing to the tune of her waist embellishments like a snake charmer and a snake. They talked with their eyes over the loud music, everyone else was in bokeh; blurred out.

When they eventually used their mouths outside the club, he’d find out she was a bootstrapper and driven. She exuded confidence, and from the way she spoke, she was calculated. Going to clubs like this was her routine most nights, she fluttered in and out of famous nightclubs that rich Alayes frequent. Debbie catered to certain unique and exotic kinks of dignitaries.

They both went back into the nightclub after talking and sharing a cigarette in the parking lot.

In addition to writing on sex and relationships, Tilewa Kazeem is a cultured culture writer. But don't just take his word for it; look him up on Twitter @Tillyofourtime and IG @Tllyofourtime. Who knows what you might find? 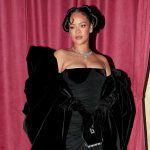 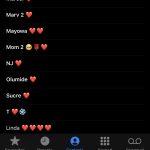 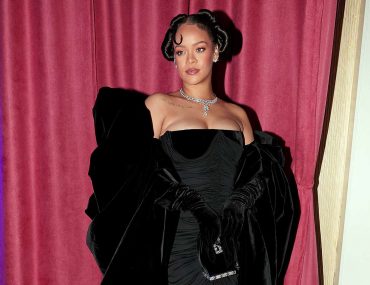