MC! Tech: Getting the Right TV for Your Ps5

The Sony PS5 has officially launched in US, Japan, Canada, Mexico, Australia, New Zealand and South Korea. And so, fans and tech enthusiats are currently buzzing with excitement as they finally got their hands on the highly anticipated Next-gen console. Folks in the UK and the rest of the world are however, left out on this as sales there will officially commence on the 19th of November.

The company’s last console, the PlayStation 4, dominated the gaming world, selling far more than the Xbox One. Seven years since the PS4’s initial release, the Japanese entertainment giant is looking to replicate that success with the PlayStation 5.

As stated in our earlier report, There’s a cheaper version of the PS5 that doesn’t have a disc drive, called the PS5 Digital Edition. Otherwise, the two consoles have the same technical specifications, but you’ll have to download or stream all your games for the Digital Edition.

The PS5 claims to support 8K, but the console’s resolution caps out at 4K in the settings.

Sony said that the PS5 is compatible with 8K screens at launch and will be able to display 8K “after a future software update.”

The PS5 is powered by an AMD Zen 2 processor comprising eight cores running at variable frequencies, with the clock speed topping out at a respectable 3.5GHz. The GPU is also an AMD custom unit, capable of reaching a maximum of 10.28 teraflops at 2.23GHz. This doesn’t match up to Microsoft’s flagship offering, but it’s more than sufficient to maintain performance and graphical features such as hardware-accelerated ray tracing.

When compared to the PS4 Pro, the PS5 is in another league entirely for the sheer horsepower and technical specifications contained within. It’s an incredibly powerful machine, and beyond a few notable omissions, it easily stands shoulder-to-shoulder with the Xbox Series X.

Sony is emphasising speed, accessibility and the potential for enhanced visuals and resolution above all else, and the components inside the console more than support that goal.

In fact, it capitalises upon the latter far more than the competition in games such as Marvel’s Spider-Man: Miles Morales, where it showcases how the new graphical technology can be genuinely transformative in the right circumstances. At the time of article, Microsoft is yet to release a first-party exclusive that supports the feature.

The PS5 also includes 16GB of GDDR6 memory with an impressive bandwidth of 448GB/s. Sony has also implemented Wi-Fi 6 and Bluetooth 5.1, with the former allowing for some outstanding download speeds.

To optimize your Ps5 experience, you may be needing a few more things than just the console and controller itself.

Sony has outlined the PlayStation 5’s support for PS4 accessories, and it’s mostly good news if you’re hoping to reuse your existing hardware with the new console, but a major thing you may still need for your new Ps5 is a TV.

You may already own an LED TV, but it may not guarantee you optimum graphical imagery when using your Ps5.

For example, your TV has an HDMI input but it might not be eARC capable be able to handle 4K at 120Hz.

4K resolution is the most obvious and basic place to start. Many PS5 games will target native 4K, which is 3840 x 2160 pixels. Some titles may instead opt for a dynamic 4K resolution, which slightly decreases visual quality so that other aspects of the experience can run better. A better frame rate is just one example of why a studio may choose a dynamic 4K resolution. Almost all of the latest TVs support 4K so you shouldn’t have to worry about selecting the correct resolution.

HDR is one of the features introduced to the console market by PS4 Pro and it stands for High Dynamic Range. It increases the quality of pixels a TV can display, making them far brighter and much darker depending on what you’re viewing. In unison with a 4K resolution, a television with both features will contain more pixels at a much, much better quality. When it comes to selecting the right TV for HDR support, you’ll want to look out for one that specifies HDR10.

Despite TVs being capable of 120Hz refresh for well over a decade, the ability to input 120Hz is a far more recent ability. This is largely due to the fact that other than a fairly beefy gaming PC, there just haven’t been any 120Hz sources. 120 frames-per-second is now possible with PS5, but you need the right TV to go alongside the console. All 4K televisions can support up to 60 frames-per-second, but if you want to double that, you must purchase a 4K TV with HDMI 2.1 and 120Hz support. Sony will supply an Ultra High-Speed HDMI cable inside the PS5 packaging for use with next-gen games that support the increased frame rate. To get the best guarantee support for PS5 games with 120 frames-per-second capabilities, the only way to do so is with a 4K TV that has HDMI 2.1 and 120Hz support.

Variable refresh rate is separate from the typical chatter of gaming frame rates. Commonly referred to as VRR, it is a new feature that allows the PS5 and TV to communicate and adjust refresh rates on the fly. A poor refresh rate is what results in screen tearing and judder so this feature works to eliminate the problem by adapting to what’s on the screen. Not all 4K televisions come with a variable refresh rate so this is another feature you should keep your eye out for when selecting the right TV. It does go hand in hand with HDMI 2.1 support though.

Input latency is also very important when choosing the right 4K TV for gaming purposes. This is the time it takes for your button press to be accepted by the console and then sent to the TV for display, so you want this particular statistic to be as small as possible. Some of the best 4K TVs right now have input latencies roughly around 12 milliseconds, which is excellent for gaming. This window can increase to 30ms, at which point input latency will be noticeable.

While not a console feature, eARC is a next-gen TV feature to keep in mind. It’s the evolution of ARC, or Audio Return Channel. This sends audio from a TV’s internal apps (such as Netflix or Vudu), back down the HDMI cable to a receiver or soundbar. With eARC, newer formats like Dolby Atmos can be transmitted as well.

The issue is in many cases, eARC often precludes higher resolutions/frame rates on the same input. So if you’ve connected your PS5 to your receiver, and the receiver to the TV, you can have eARC audio back from the TV or 4K120, but usually not both. This is only important if you plan on using the internal apps in a TV (as in, not a Roku or Amazon streaming stick) and you want to use the new audio formats via eARC.

Some examples of TVs with these capabilities are; 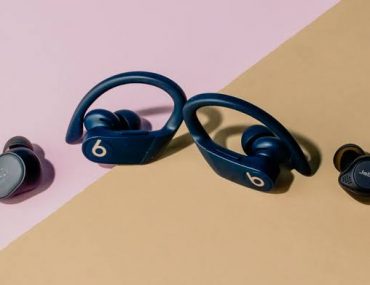 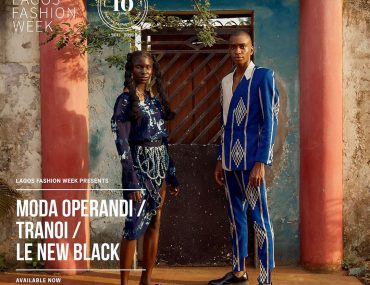