This is how Enioluwa Adeoluwa describes the moment in which his life changed. Up until that point, he was a multi-potentate whose parents felt at 21 he needed more than a degree in theatre arts, accomplished as it was to get ahead in life.

He had experimented as many young digital natives do when they are trying to figure out what niche of the internet to adopt as their own native habitat, before his viral moment, a video that distilled Gen-Z gallows humour, a distinct Lagosian snark, a trademark prop (a tube of lip gloss) and a universal problem (figuring out relationships) into a bite-sized 30-second video, primed for the new verticals Instagram and Tiktok were promoting hit mainstream success.

There was life before and life after that video.

The skit which had a polished Enioluwa dishing out relationship advice while he slathered on lipgloss maxed out at 580,000 replays, a 5000% spike from his usual video engagement. But what was more important were the illegal reposts and reshares that followed, by some of the major social media aggregators like TundeEdnut and KraksTV that put Enioluwa’s brand of self-affirming humour in front of millions of eyeballs.

“Maintaining the lifestyle is very expensive,’ Enioluwa tells me, ‘it’s not exactly a fake life, but once you gain a level of popularity you have to give up certain things to sustain the brand that keeps you profitable.”

In this July – September 2021 issue of Moda Culture Digital Magazine, our cover star is the social media sensation, Enioluwa Adeoluwa who speaks to us about his journey as Nigeria’s ‘Beauty Boy’ and his glorious entrance into fame. Get the new issue to read the full story. 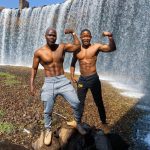 Got ‘Moobs’? Here are some tips to help you get them in shape 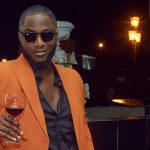