Influencers and Creatives: The Meta-future & Soul Food of Fashion Week

Influencers and creatives are the meta-future and soul food of fashion week.

It is now old news that the great Fashion City Capital, Lagos holds its annual fashion week conventions at about this time of the year opening up a window for high and low fashion expressions per time.

If you have ever attended any of the previous fashion weeks in the past or at least ticked off the attendance score at the Federal Palace Casino (LFW 2022), then you’d agree with me on the dazzling sight of fashion creatives and style influencers who lined the premises from booth to post, clad in different conceptual outfits made out of a myriad of impeccable designs, almost all perfectly put together.  As is commonplace knowledge, such display ignites all the thrill and buzz to every fashion week season and what’s most amazing, is how this, in turn, creates an amazing range of spiral advertising giving the week the much-needed buzz and attention quite enough to thrive unto the next show.

Further interviews were also granted by co-influencers Tijesu and Stylish Sope, (@tijesu, @Stylishsope) where they also highlighted the beautiful feeling of a reunion that fashion week affords them every season. In Sope’s words “It’s that amazing time of the year we all look forward to…”

We halted another Influencer, Content Creator and Fine Artist per-excellence, Zonna(@zo.na) who also stated that fashion week will be almost insignificant without influencers to give it social speed and a media vacuum to thrive on.

In her words, “Without influencers, there will be no buzz for people to want to attend the show or even anticipate the following edition,” hence the inevitability of creatives and influencers.

Even though most influencers owe their attendance at every fashion week to a burning desire to reconnect and reunite with co-influencers, the fact still remains that fashion week may only take the outlook of a spirited church gathering rather than a catalyst convention for industry creatives.

Emmanuel, a co-influencer, (@immaspace) had this to say in his interview. The world is fast approaching a digital stop space where everything soon won’t count if it doesn’t have a digital outlook and fortunately enough, that’s where creatives come in which is to give events like this the futuristic feathers it needs to fly with. 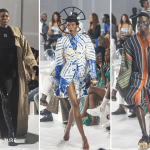 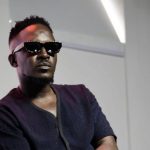 Here’s How M.I Abaga’s ‘The Guy’ Album Confirms He is Nigeria’s Rap Messiah