TG Omori, fondly known as Boy Director, has been on a roll with his recent projects. He has made a name for himself in the Nigerian and African music video, film and cinema industry; and in recent times, he’s begun to stretch it.

Born ThankGod Omori Jesam, TG is from a middle-class family in Cross-River state, but grew up in Agungi, Lagos State. He started directing at the age of 15 while overseeing stage plays in his school and church. TG Omori started making videos at the age of 16, but took it up professionally at 18, after graduating from PEFTI Film Institute, making him one of the youngest professional filmmakers in Nigeria at the time.

In 2019, he shot into prominence as he was the brain behind most of the chart-topping music videos. His recent works include Kizz Daniel and Tekno’s Buga, which received 1 million views in just 24 hours and is currently #2 top music video on YouTube (at the time of writing the Modaculture digital version of this story published in October); Asake’s Sungba remix with Burna Boy, Asake’s Palazzo with DJ Spinall, and Asake’s PBUY (Peace Be Unto You); which are all currently top rated, and have gained millions of views on YouTube.

TG is known for communicating great messages in his music videos through intricate cinematography. His scenes, like art, get interpreted in various ways, by various people, and at different times. His setups are always delicate, his equipment – maddening, his costuming, creative, and his timing – precise. Boy Director always manages to top every of his music videos and outdo himself because of his dedication to his cause as a filmmaker.

In a tweet, the video director mentioned how he had been stressing for three weeks to come up with ideas for a recent project for Asake – Terminator. He explained that the ideas came late and the execution was even more exhausting because he was trying to outdo Asake’s  ‘PBUY’ and his sick visuals for Fireboy’s ‘Bandana’.

For Bandana, the scene began at Fireboy’s verse — “I’m never weak, I never cease, Till eternity I’m on fire” — and then featured what seemed like a cult-like gathering of friends on the streets of popular DC fiction, Gotham. Fireboy was seen on a classic mid-size 1983 Peugeot 505 with a Star Wars skywalker configuration. The Peugeot had revolving tires—spinners—and seemed to give off a green energy pulse, alongside a vertical exhaust emitting flames, that caused it to levitate.

TG invests heavily in his visuals. The imagery is clear and crisp and the colour grading infuses in you, a feeling of the moment. In a behind-the-scene vlog by Mary Collette, we see how much work was put into the set, design, and production—they had to build a whole a*se church in the middle of nowhere.

His out-of-the-box concepts and directions are his fans’ favorite thing about him. In our favorite scene in the Bandana video, TG gives us a feel of Afro-futurism, by exploring notes on innovation and sci-fi. Other takes on the visuals were the shades of religion, rebellion, and comic that was spluttered all over the music video.

The video’s dark, chaotic, vibrant, futuristic, disruptive, wild, funny and out-of-the-box themes—because really, why was Asake with that number of black goats in church—has garnered it over 21 million views as at October 10.

This level of creativity had the whole of Twitter Ng in a frenzy. Here are some of our favorite tweets that further prove that TG Omori is goated:

@KhloeUkoh: “TG Omori is bringing interesting and artistic videos back and Asake is his right hand man.”

@Sanurigo: “Any video that intros w “shot and chopped by TG OMORI” already has a hard 8. It now depends if @boy_director wan spazz on am or not. 🥴”

@deusANDdio: “TG omori is so intentional about Asake… First it was the goat thing, now ooni of music attire. Nice.”

@Akanji_okin: “Every music artist rn be like, “manager you don call TG omori??.”

@SauceyMaraji: “Let’s also not forget that 2 songs dropped in one night with their music videos and na TG Omori shoot the two.🤌🏽

What is the definition of a GOAT???”

@favves_: “TG Omori go shoot video, you go watch the video wan dey put am for repeat. Who does that?!😭🤣”

For a 3-minute work of art, TG Omori (Boy Director) put in blockbuster level artistry that are mostly seen on top-grossing films and documentaries.

One would even say that TG Omori is ready for a top Marvel production.

Elvis Osifo is a culture and lifestyle Editor, proficient in investigative journalism and curating relevant as well as engaging web content. He is opportune to use his platform as an editor, writer and contributor to a number of publications as a voice of love, acceptance and inclusivity in Africa, and to Africans. 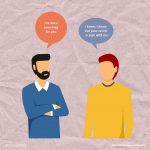 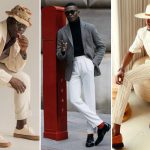